The ‘Zuma’ satellite is now missing A military satellite launched by Elon Musk’s Space Exploration Technologies appears to have crashed into the sea following a malfunction in the latter stages of its ascent, representing a potential setback for the billionaire’s rocket programme.

The mission – referred to by the code name “Zuma”- took off from Cape Canaveral Air Force Station in Florida on Sunday on a SpaceX Falcon 9 rocket. But the US Strategic Command, which monitors more than 23 000 man-made objects in space, said it is not tracking any new satellites following the launch.

“We have nothing to add to the satellite catalogue at this time,” Navy Captain Brook DeWalt, a spokesperson for the command, said in an email when asked if the new satellite was in orbit.

A US official and two congressional aides familiar with the launch said on condition of anonymity that the second-stage booster section of the Falcon 9 failed. The satellite was lost, one of the aides said, and the other said both the satellite and second-stage rocket fell into the ocean. 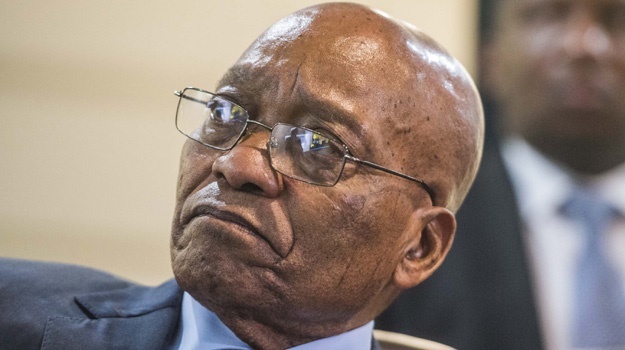 The rand suddenly firmed by over 10 cents to the dollar in just five minutes on Tuesday afternoon, which according to analyst Wichard Cilliers of TreasuryOne shows its heightened sensitivity to political events.

“There are rumours doing the rounds that President Zuma might step down. The rumours are unsubstantiated at this point, but the rand had a sharp knee-jerk down to R12.29 following the rumour,” said Cilliers in a WhatsApp message. the Payments Association of South Africa (PASA) is under pressure to ramp up a new debit order system to meet the South African Reserve Bank’s deadline of February 2019.

The new Authenticated Collection system or DebiCheck requires banking customers to electronically confirm new debit orders before they can be processed. It is currently being piloted among select users, and PASA plans to increase this number from February.

“DebiCheck is a massive project; its [implementation] is not just up to the banks but to all the users, including all the big companies you usually pay debit orders to,” PASA CEO Walter Volker told Fin24.

Dozens of banking clients took to social media during the festive season to complain about unauthorised debit orders of amounts of R99 or R59, figures deemed too small to warrant an SMS notification by banks, which were only picked up when people combed their statements.

However, PASA, which is the payment system management body recognised by the SARB, said it didn’t see a rise in the number of objections relating to unauthorised debit orders over December.

Only one in four matrics likely to find a job quickly Fewer than a quarter of matrics find jobs relatively quickly, according to economist Mike Schüssler of economists.co.za.

Those members of the matric class of 2017 who will not be studying further, but will be looking for a job, will not be easily absorbed by the job market, he told Fin24 on Tuesday.

“It will be tough for them to get work. Over 50% of our matriculants under the age of 34 have not found permanent employment and it’s not getting better,” he said.

“This is part of the process young job seekers go though. It takes long to get a first job – even for those with a degree it takes a while. You do not get a degree and suddenly you are running the firm.”

READ: Only one in four matrics likely to find a job quickly.

A UK fashion brand controlled by SA billionaire Christo Wiese’s investment company Brait [JSE:BAT] has been dealt a blow after an insurer cut cover for its suppliers, according to weekend reports in the British press.

New Look is a retail fashion chain that sells clothes, shoes and accessories, mainly for the under-35 “value fashion” market.

It has 596 brick and mortar stores in the UK, and another 300 internationally, as well as an e-commerce arm.

The Guardian reported on Monday that credit insurer Euler Hermes is understood to have halted the sale of protection against insolvency to the fashion retailer’s suppliers.

The Times, meanwhile, reported over the weekend that another insurer had reduced the coverage levels it was offering to New Look’s suppliers, but not withdrawn them completely.