Top5 on Fin24: BBC suspends its president, fuel price to rise, and Bitcoin now bigger than Buffet and Boeing

ICYMI: A roundup of Monday’s must-read financial and economic news.

Danisa Baloyi has been suspended as president of the Black Business Council pending an investigation into R5m which has gone missing.

The announcement was made at a media briefing in Johannesburg after the BBC and the Airports Company SA (Acsa), the donor, still had conflicting versions of how a R5m donation to the business lobby seemingly disappeared.

Kganki Matabane, former COO and executive director of Sentech, takes up the position of CEO. He said that the BBC does not have “financial challenges” and that his role is to strengthen the organisation.

Speaking at a media briefing at the BBC offices in Johannesburg on Monday, secretary general George Sebulela announced that the decision was taken at the BBC National Council meeting held on November 30. 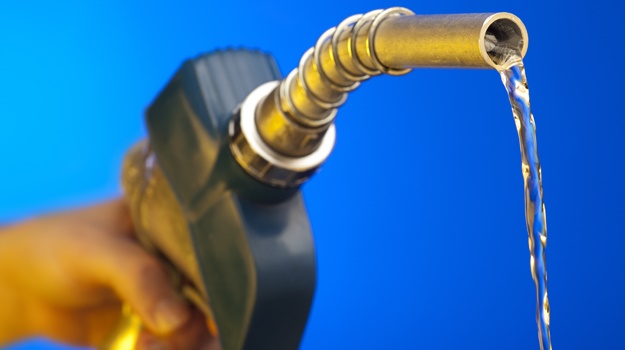 The price of petrol for all grades will increase by 71c a litre from Wednesday, the Department of Energy announced on Monday.

The latest increase will take the per litre price of 95 octane petrol to R14.76 inland from December 6, and R14.27 at the coast. This is the fifth month in a row that the petrol price has risen. Universities and business schools are grappling with the ethics curricula they teach to professionals and future professionals.

Professor Imraan Valodia, dean of the Faculty of Commerce, Law and Management at the University of the Witwatersrand, said every crisis offers an opportunity.

“There is a lot of debate within the senior executive team… we are working with two [international] economists, to develop context in the economics curriculum, it brings to the fore issues of power… so students think about economic systems with a historical perspective,” he told Fin24. Bitcoin’s extraordinary price surge means its market capitalisation now exceeds the annual output of whole economies, and the estimated worth of some of the world’s top billionaires.

With the debate over its bubble status still raging, the flagship cryptocurrency continued its march higher on Monday, solidifying above $11 000 and bringing its climb this year to more than 1 000%.

With market tracker Coinmarketcap.com putting the total value of all bitcoins in circulation at $190bn, it’s come a long way from August, when one coin could buy you a hefty supply of avocados. Yusuke Mitsumoto had a hunch: what if you paid people instantly for their used goods over the internet, with no guarantee that they would hand them over?

The 36 year-old e-commerce entrepreneur launched an app in June to test the idea. It worked better than he imagined. After 16 hours, he was stunned to discover he was on the hook for 360 million yen ($3.2m) and shut the service down.

A day later, truckloads of clothes and electronics gadgets started to arrive, with his startup’s employees forming a bucket line to move packages into his company’s tiny office in Tokyo.

All told, less than 1 in 10 second-hand-goods sellers didn’t deliver as promised. That was good enough for Mitsumoto, who relaunched the service, called Cash, in August as a new way to gather inventory for an online flea market.

Total daily purchases are capped at 10 million yen, and are limited to smartphones, luxury handbags, watches, clothing and other specific items from a list of several thousand.

Customers take a photo and are given a non-negotiable offer. Prices are set automatically based on data gleaned from other second-hand marketplaces and Cash makes money by reselling the goods.