Top reads on Fin24: Rand strengthens ahead of ANC leadership results, and how Steinhoff cratered in two days

All the ANC conference business and financial news

The rand surged to its strongest level against the dollar in more than three months, bond yields fell and bank stocks climbed to a record as traders bet Cyril Ramaphosa is poised to become the next leader of the ruling party.

TreasuryOne dealer Gerard van der Westhuizen earlier predicted that a Ramaphosa win would be seen by the market as a positive sign, and could see the ZAR trade stronger towards R12.50/$.

“We have seen the market starting to price in a Ramaphosa win since early Friday and therefore a victory for Dlamini-Zuma could hit the ZAR hard and run up past 14.00 is a big possibility,” he said.

But the pro-Ramaphosa sentiment increased the risk of a selloff if Ramaphosa’s opponent, Nkosazana Dlamini-Zuma, pips him to the post, according to Medley Global Advisers.

“The market is assuming that Ramaphosa’s won, which is brave because the race is really close,” said Nigel Rendell, a senior analyst at Medley in London. “It’s being too cavalier. Even if Ramaphosa wins, he’s not the answer to all of South Africa’s problems.”

Ramaphosa, the nation’s deputy leader and one of its wealthiest black people, has pledged to revive the struggling economy and stamp out corruption. Dlamini-Zuma has echoed her former husband President Jacob Zuma’s call for “radical economic transformation” to redistribute wealth to the black majority, a shift investors fear may blow out the budget deficit and spark rating downgrades.

Energy Minister David Mahlobo on Monday however downplayed analysts’ fears of the rand tumbling if Dlamini-Zuma is elected as ANC president, saying the markets will soon stabilise from any potential “shock”.

Fuel price, rand and Ramaphosa – what to expect

Fuel prices may bring welcome relief in January, independent economist Fanie Brink said on Monday. This comes after a significant appreciation of the exchange rate over the last two weeks on the general expectation that Cyril Ramaphosa will be elected the new president of the ANC at its 54th conference at Nasrec in Johannesburg.

Brink said latest information from the Department of Energy indicates the price of 93 octane petrol (ULP & LRP) could possibly decrease by 7.8 cents per litre, and that of diesel with a 0.005% sulphur content by 7.1c/litre in Gauteng on January 3 2018.

This despite the international price of crude oil having risen to almost $65 a barrel over the last two weeks – the highest level since April 2015.

Nasrec the beginning of the end for ANC, says Vavi The ANC may die with a whimper rather than a bang. But whatever happens at Nasrec will signal the beginning of the end for the organisation. That is the view of Zwelinzima Vavi, former general secretary of Cosatu who now heads the South African Federation of Trade Unions (Saftu).

Driving back to Johannesburg from Durban, he maintained that he was unaware of current events at the ANC’s 54th national elective conference at Nasrec. “Whatever happens will change nothing,” he said.

This attitude is not surprising since Vavi and the bulk of the Saftu unions, headed by the National Union of Metalworkers (Numsa), have already dismissed both ANC presidential candidates Nkosazana Dlamini-Zuma and Cyril Ramaphosa as “hopelessly compromised”.

MultiChoice not shy about sponsorship at #ANC54

When you walk through the exhibition hall on the way to the Progressive Business Forum at the ANC’s national conference, you can’t miss the double-storey MultiChoice stand with its colourful multimedia displays.

Despite being implicated in the #GuptaLeaks, the video entertainment and internet company isn’t keeping a low profile about its sponsorship at the ANC conference.

And in other news 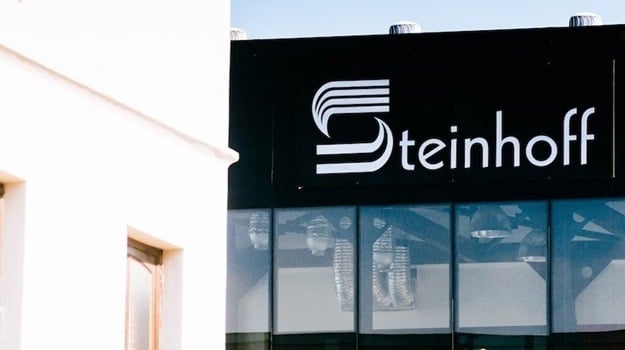 Then the debt-fuelled rocket stalled and came crashing down. From her office overlooking Cape Town’s Waterfront, Sygnia Investment Management CEO Magda Wierzycka watched on her computer screen on December 6 as Steinhoff’s shares began a two-day plunge that cut the price by 80% and lopped about €10bn (R154bn) from its market value.

Steinhoff said it couldn’t release its financial results; it was trying to figure out if there was a €6bn hole in the balance sheet; and CEO Markus Jooste had quit. All of a sudden, investors who’d bet on Jooste and his billionaire chairperson Christo Wiese were rushing to the exits. By the end of last week, Wiese had quit too.