Technologies companies Google and Apple could be players in the mining industry in the future, according to an industry expert.

At a panel discussion on the future of mining, at the 2018 African Mining Indaba, chief innovation officer of mining company Barrick, Michelle Ash, spoke on the need for mining companies to innovate or risk closing down.

“There is a risk of staying where we are. If we stay where we are, we will not be able to mine anymore. Mining will still continue, but other companies will be mining, like Google or Apple,” she said.

During the discussion Ash explained how everyday-use technology such as smartphones (iPhones) or tablets (iPads) were being incorporated at Barrick to improve efficiencies. Having distributed iPads to employees underground, they could “facetime” their supervisors and solve problems within minutes.

Tsogo Sun Holdings [JSE:TSH] plans to build a desalination plant that will help supply its Cape Town hotels with their own water, shielding guests of South Africa’s biggest hotel and casino operator from the city’s deepening water crisis.

The alternative water source should be in operation for properties including the five-star Westin by early March at the latest, Tsogo chief operating officer Ravi Nadasen told reporters in Johannesburg on Wednesday.

That’s comfortably ahead of the scheduled May 11 date for so-called Day Zero, when city authorities threaten to turn off most taps.

“There is a plan in place that all of the alternative water sources will come on board before Day Zero comes,” Nadasen said. “The current situation in Cape Town is going to become the new normal. We’ve got to be responsible as well.”

South African-born billionaire Patrick Soon-Shiong has bought the Los Angeles Times newspaper, one of the largest and most widely-read publications in the US, for $500m (R6bn).

Soon-Shiong was born in Port Elizabeth in the 1950s to Chinese immigrant parents. He studied medicine at the University of the Witwatersrand before later emigrating to the US via Canada.

In a media release on Wednesday Tronc, the newspaper’s previous owner, said it had reached an agreement to sell the Los Angeles Times, The San Diego Union-Tribune and various titles in the California News Group to Nant Capital, Soon-Shiong’s private investment vehicle.

Water crisis threatens not only Cape, but SA economy Cape Town’s water crisis is likely to have far reaching consequences, not only on the local economy, but on the national GDP. The water crisis threatens further downgrades from ratings agencies, hampering much needed investment, economists have warned.

In a statement last week, Moody’s Investor Services indicated that the water crisis poses a credit risk to Cape Town’s debt rating, which is currently at the lowest level of investment grade – Baa3.

Moody’s added that the city was on review for a downgrade. The ratings agency also said that due to the marked income inequality in the City, Cape Town’s water crisis posed a possible threat to social order. It said the crisis would have wide-ranging consequences for the city finances and economy. 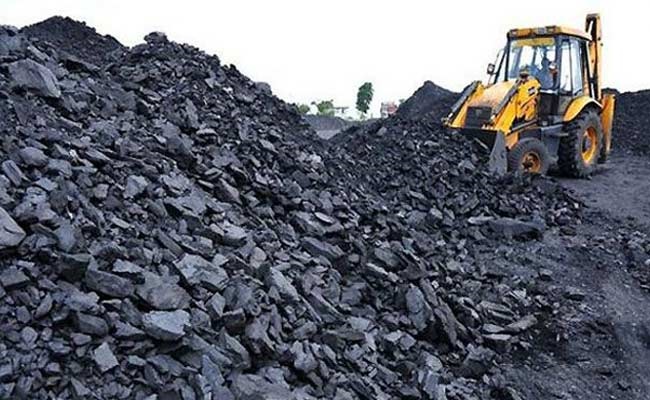 The global drive towards lower carbon emissions and regulations
addressing climate change are among the challenges to the coal mining
sector, according to research by the Chamber of Mines.

The
chamber’s coal leadership forum released its coal strategy report at a
briefing on the sidelines of the 2018 African Mining Indaba in Cape Town
on Wednesday.

The strategy report was developed to determine how
mining groups could continue producing coal in a world which is trying
to manage climate change, according to Henk Langenhoven, chief economist
at the chamber.

Coal mining is a significant contributor to the South African economy, said Langenhoven.