Top 5 on Fin24: Capetonians brace themselves for Day Zero, Brown signs off on IPP

WATCH: Pain and gain for consumers as Day Zero nears

Day Zero, the day when Cape Town will close the city’s taps, is no longer just a blip on the horizon for residents of the Mother City.

It is reality, and bringing with it all sorts of challenges, as well as opportunities.

At the Newlands spring in Cape Town, panicked Capetonians fill up every canister they can lay their hands on with free water. But these don’t come cheap. Canisters which usually cost around R60, are now retailing at well over R100 each. While the water crisis is more than an inconvenience for home owners, it’s also affecting the value of their property, according to Standard Bank.

House price inflation in the city, while still outstripping the rest of the country, slowed to 9.7% in the fourth quarter, from as high as 15% two years ago, Standard Bank economist Siphamandla Mkhwanazi said in a note on Friday. And it’s just the beginning, he warned.

“The conclusion of the power purchase agreements to enable the implementation of the outstanding projects under bid windows 3.5, 4 and 4.5 of the Renewable Energy Independent Power Producers Programme is critical to implementation of the national energy policy as articulated in the Integrated Resource Plan of 2010,” Brown said in a statement.

Rand slips back over R12/$ again The rand has weakened again, crossing back over the R12/$ threshold on Friday morning.

The rand broke the R12/$ barrier for the first time since 2015 on January 24 this year, strengthening to R11.81 the following day. 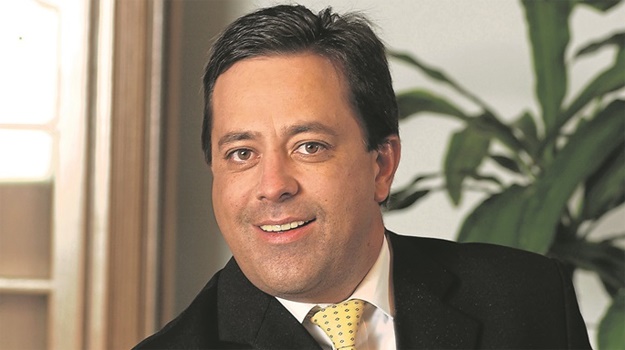 The former CEO of Steinhoff International Holdings is at the centre of the accounting scandal that’s wiped about $14bn (R166bn) off the retailer’s market value and roiled the wealthy enclave of Stellenbosch, where many prominent business leaders live, work and play. ‘

Signs of Steinhoff’s presence, once splashed all over town, are diminishing in the wake of the scandal, in some cases almost overnight. The company’s sponsorship of Stellenbosch University sports teams had placed its maroon branding – which matches the Maties’ colours – on everything from the rugby posts at Danie Craven stadium to the score boards, tickets and athletes’ uniforms.

Since Steinhoff recently withdrew that sponsorship, athletes have been forced to unstitch its emblem from their jerseys and groundsmen to take down the posters and signs that bore the company’s name. The university is even reprinting tickets to replace those with Steinhoff’s branding.

Bitcoin tumbled below $8 500 (about R102 000) as a miserable 2018 continued for cryptocurrencies, with investors confronting a mounting list of concerns about the future of the industry.

Bitcoin dropped 8% to $8 378 at 09:05, the lowest since November 24 according to consolidated Bloomberg pricing.

Since reaching a record high of $19 511 on December 18 shortly after the introduction of regulated futures contracts in the US, Bitcoin has wiped out more than half its value amid waves of negative news.