Samsung reveals when S9, S9+ will be launched in SA 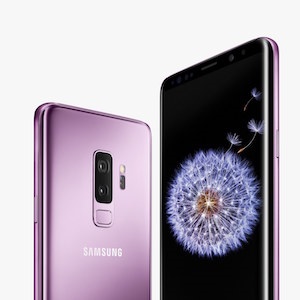 The smartphones were unveiled at the Mobile World Congress currently taking place in Barcelona, Spain.

While the company opted to make very minor changes to the body of the device by shifting the fingerprint scanner to the rear under the camera, the S9 smartphone sees a hammed up camera and augmented reality (AR) for animojis much like Apple did with the iPhone X.

The S9 sees a 12 megapixel camera with phase detection autofocus and LED flash Exynos 9810 Octa chipset, 4GB of RAM and a 3000mAh battery. It also features a 5.8 inch display.

The S9+ sees a larger 6.2 inch display with 12 and 12 megapixel dual camera, with the same chipset but with 6GB of RAM and a slightly larger 3500mAh Li-Ion battery.

DJ Koh, Samsung’s CEO of mobile business, said that the S9 features “a breakthrough camera that sees the world clearer through any light” and called it the “first smartphone that is built for the way you use your phone today”.

The S9 smartphone also builds on the Infinity Display released by Samsung in the S8, for an uninterrupted end-to-end display.

Samsung showed off its new AR technology by allowing attendees to hold a card from the event which transformed into the S9 smartphone in the hand on a special S9 launch event app for smartphones.

Bixby can also log nutritional information from food on a user’s plate using the camera on the smartphone to identify details like calorie count, adding it directly to Samsung’s S Health app.