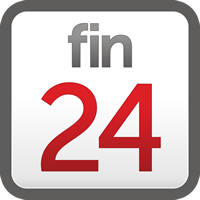 Johannesburg – Although all South Africans will benefit from the Moody’s move not to downgrade South Africa, it is not enough for hard-pressed consumers, warned debt counselling firm Debt Rescue.

The Banking Association of South Africa
(BASA) on Saturday welcomed Moody’s affirmation of South Africa’s investment rating, saying that another downgrade would have increased the cost
of borrowing for the state, companies and financial institutions.

On Friday night, the ratings agency affirmed South Africa’s
long term foreign and local currency debt ratings at ‘Baa3’ and revised the
outlook to stable from negative, citing changes in the political arena, the
strengthening of key institutions, improved economic growth and commitment to
fiscal consolidation as reasons for their decision.

“All South Africans – business and consumers – will benefit
from this show of confidence in the progress the country has made in addressing
some of the concerns previously raised by the rating agency, and in its economy
that is beginning to show some growth,” BASA said in a statement.

Sanisha Packirisamy, an economist at Momentum Investments
said in a research note that a downgrade to SA’s local currency rating to junk
status by Moody’s would have triggered SA’s exclusion from the Citi World
Government Bond Index which could have prompted “significant capital outflows”
from the SA government bond market of between R85bn to R130bn.

This is, however, only a slight reprieve for “hard-pressed” consumers who are facing the Value Added Tax (VAT) hike and a total 52c/l fuel and RAF levy increase on 1 April, warned Debt Rescue CEO Neil Roets on Saturday.

“Unfortunately we need much more than just this titbit of
good news to make a real difference. Real economic growth – well beyond the
1.1% which is being predicted by the World Bank – is needed to significantly
improve the lives of our people,” he said.

Packirisamy cautioned that there were issues South
Africa still needed to address before celebrating the Moody’s decision as there
remained a “non-negligible risk of a change in Moody’s outlook from stable
back to negative” when they review their rating in October.

She said investors would be seeking clarity on the adoption of land expropriation without compensation as a policy of the ruling party and would remain
vigilant of signs that the rule of law had been reinstated in the country
through the conviction of a number of individuals involved in high-profile
corruption cases.

Packirisamy said Momentum Investments did not expect any further
negative action from the other ratings agencies in their next rating cycle. Standards
& Poor’s (S&P) and Fitch both downgraded South Africa to
sub-investment grade in 2017.

“A ratings outlook upgrade will remain dependent on
S&P’s growth forecasts and progress on growth in GDP per capita trends.”

Packirisamy, said that S&P was expected to review South
Africa on May 25 2018, while Fitch did not announce its review schedule.

The CEO Initiative meanwhile said the Moody’s move “offered the country
a window of opportunity” to improve its credit rating through further structural reforms.

“The decision is largely attributed to the
confidence-enhancing measures taken in key areas over the past three months,
including a smooth presidential transition, the appointment of a new board for
Eskom, and the presentation of a fiscally responsible Budget,” said the co-convenor
of the CEO Initiative Jabu Mabuza, who is also Eskom’s chairperson.

The CEO Initiative acknowledged that improving South
Africa’s credit rating wasn’t an end in itself but an outcome of structural
reforms “that will restore our country to faster, more sustainable and more
inclusive economic growth”.

South Africa’s top CEOs  said that they were “particularly encouraged” by recent actions taken in the establishment of the
commission of inquiry into state capture and the review of the funding models
for state-owned companies, announced in the February budget speech.

“South Africa should use this window of opportunity by
responding appropriately to the significant challenges we face, in order to
improve the lives of our citizens and inspire confidence in the future of our
country,” Mabuza said.

Ramaphosa, Finance Minister Nhlanhla Nene and the CEO
initiative was set to launch the Youth Employment Services (YES) campaign next week.
The YES campaign was aimed at giving internships and work experience to one million young people in
the next three years, in a bid to alleviate the high youth unemployment rate of
51.1% in January, according to data from Statistics South Africa.

Cabinet last week approved the launch on Tuesday of the pilot at the
Riversands Incubation Hub in Diepsloot, Johannesburg.