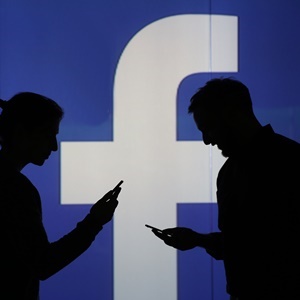 Cape Town – Facebook announced this week that from mid-2018 it would start declaring advertising revenues in the country they are made, and not via its Irish HQ.

This means that Facebook would pay more taxes in South Africa and so contribute to the country’s national revenue stream.

Dave Wehner, Facebook’s Chief Financial Officer, on Tuesday said the social media giant had decided to “move to a local selling structure in countries where we have an office to support sales to local advertisers”.

Facebook Africa has its head offices in Bryanston, Johannesburg.

In 2016, after then Finance Minister Pravin Gordhan tabled his budget, PwC noted that National Treasury had “missed the opportunity” to levy corporate income tax on foreign suppliers of electronic services which, unlike local entities, do not pay South African income tax.

PwC said at the time that SA’s government coffers would receive a boost if SARS applied VAT to electronic advertising services supplied by offshore offshore companies.

Charles de Wet, the head of indirect tax for PwC Africa, said at the time that these taxes would be a “welcome expansion to South Africa’s tax base”.

“These measures would also present an opportunity to better protect local industry against larger multinationals by ensuring a more level playing field,” he said.

PwC did not immediately reply to a request for comment on how they expected Facebook’s latest announcement to affect SA tax revenues.

Wehner said that moving to a local selling structure would provide more transparency to governments and policy makers around the world who have called for greater visibility over the revenue associated with locally supported sales.

“It is our expectation that we will make this change in countries where we have a local office supporting advertisers in that country. That said, each country is unique, and we want to make sure we get this change right.”

READ: Debate on base erosion and profit shifting heats up

“We plan to implement this change throughout 2018, with the goal of completing all offices by the first half of 2019,” he said.

He did not specify which countries would be affected.