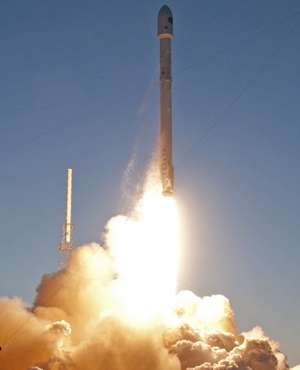 The mission – referred to as code name Zuma – took off from Cape Canaveral Air Force Station in Florida on a Falcon 9 rocket. SpaceX landed the rocket’s first stage for reuse in a future launch, a key step in its goal to drive down the cost of access to space.

Defense contractor Northrop Grumman was assigned to choose which company would launch the restricted payload and it selected SpaceX’s Falcon 9, calling it a cost effective option in an emailed statement before the launch.

“As a company, Northrop Grumman realizes this is a monumental responsibility and we have taken great care to ensure the most affordable and lowest risk scenario for Zuma,” said Lon Rains, a Northrop Grumman spokesman. He declined to comment on the nature of the payload.

The launch is SpaceX’s first in what is expected to be a busy year. The company has said it plans to launch roughly 30 missions in 2018 after completing a record 18 last year. The launch had been pushed back several times since late 2017, with the past week’s extreme weather on the East Coast contributing to the most recent delay.